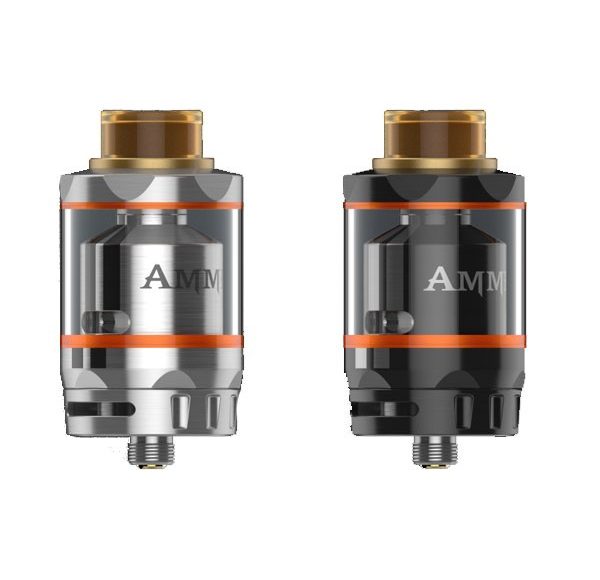 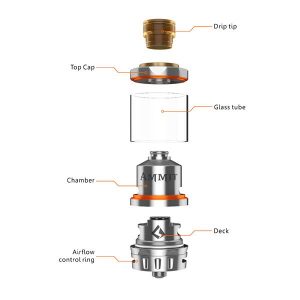 Every vape expert looks for something different in a tank. But two of the most important things that many keep an eye out for is how the tank’s airflow system is designed and how it affects the flavor produced when you vape. The Geekvape Ammit Dual Coil RTA Tank has earned a reputation for itself due to its ability to give users richly-flavored hits.

The Geekvape Ammit Dual Coil RTA Tank is an improvement of its highly-successful predecessor, the Geekvape Ammit RTA. It is interesting to note that this Geekvape tank series shares the same name with an ancient Egyptian mythical figure. Ammit was described as a ferocious-looking female animal with the features of a lion, crocodile, and hippopotamus.

In ancient Egyptian mythology, Ammit played a vital role in a ceremony to determine if a deceased person has lived a good life. This ceremony involved weighing the dead person’s heart against a feather. If the heart is lighter, the soul was allowed to pass through, however, if it was heavier than the feather, it was tossed to Ammit, who gobbled it up.

The Geekvape Ammit Dual Coil RTA Tank shares a few characteristics with its Egyptian namesake. The tank is very powerful, just like the dreaded animal. In Egyptian folklore, the Ammit was associated with fire. Although vaping does not involve any open fire, the idea still resonates.

The Geekvape Ammit Dual Coil RTA retains the most likable features of the previous version of the tank. However, it is more powerful with dual 510 thread coils and a much larger tank capacity.

Although this tank has dual sub-ohm coils, it comes with a single coil plug. This means you have the option of using either the dual or

single coil at any time.

The Geekvape Ammit Dual Coil RTA Tank is designed with a 4-path airflow system. There are ports below the tank and on its sides. These adjustable airflow ports not only ensure that you get more flavor but also give you control over your vaping experience. If you’re one who loves to create big clouds with every hit, this tank would not disappoint. It can also be cleaned easily.

The Geekvape Ammit Dual Coil RTA Tank has a normal capacity of 3mL. However, when a chimney extension adapter is used, the capacity of the tank increases to 6mL. It is quite easy to fill the tank, and it comes with a leak proof design. The package includes an extra 3mL and 6mL tank.

If you are a rebuilder, you would love the options and ease that this tank gives with its 20mm postless deck. All parts of the Geekvape Ammit Dual Coil RTA tank can be detached without any problems. Another impressive aspect of this tank is that it has no overhang. Although it has a diameter of about 27mm, the tank tapers off nicely at the base to a diameter of 25mm. It can, therefore, fit on many of the latest mods on the market today without any major overhang issue.

If what you are looking for is a tank that would allow you to enjoy the full flavor of your e-juice while also blowing lots of clouds, the Geekvape Ammit Dual Coil RTA Tank is a pretty good choice. This ‘flavor keeper’ will ensure you relish your e-juice with every hit. Go to smokstore.us and get this product for $23.50. The tank is designed in stylish black or silver color finish. You can get the black variant for an extra dollar or opt for the silver one at regular price.