How to Apply the E-Liquid Flavoring of Your Choice. 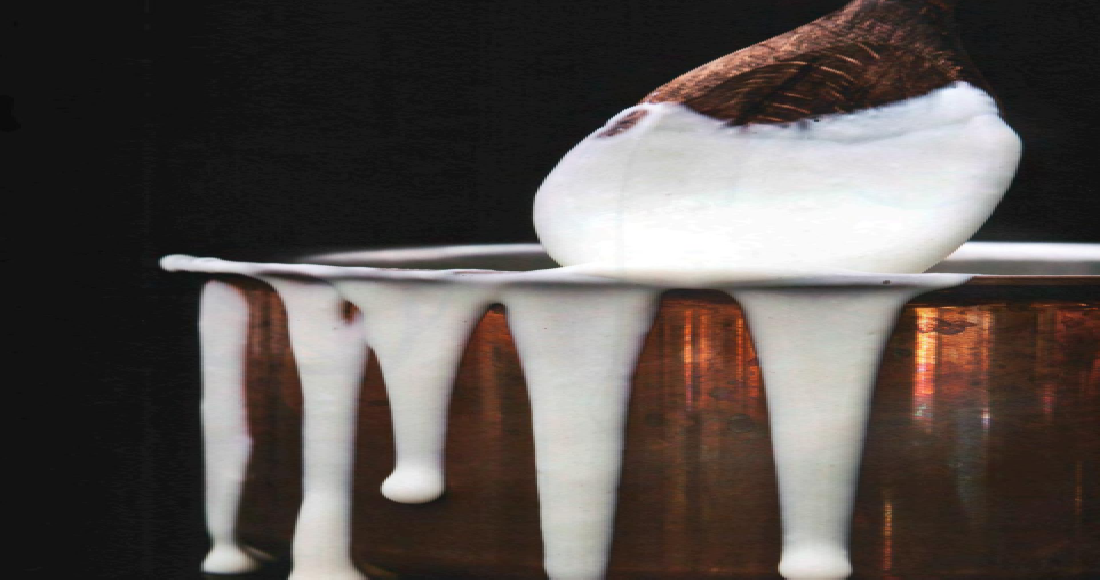 DIY E-Liquid is simply e-liquid that you make yourself at home. You can save money by making your e-liquids and also experiment with various strengths and flavors without spending too much buying ready made solutions that might not be exactly as you want them to be.

First of all, making your DIY E-Liquids is not as scary or difficult as you might first think. After making a few batches, you will find it very quick and easy and probably wonder why you did not do it sooner.

With regards to flavorings, it is very much according to taste and also the strength of flavor that you are using. The additives that come with the E Mixing Kit are quite high and give an excellent taste to your e-juice. The application of dressing in an e-liquid depends on the multiple variable kits and ingredients including chemicals and temperature and other factors. If you buy the flavor online from the flavor specialist stores, it may be easier.

Here are some key points on flavoring and its application for DIY e-liquid that can help as a guide for your next e-liquid flavor mixing.

But to get the perfect flavor, you need to know how human taste buds works:

Feeling The Difference Between Sweet, Sour, Salty and Bitter Flavors

The Different Taste Buds Of The Tongue

Receptor cells for taste are modified epithelial cells. These are organized as taste buds and are located in several areas of the tongue. Humans recognize four basic flavors. These are:

Taste And Smell Are Interrelated

Both taste and smell rely on chemoreceptors to detect chemicals present in food, drink or the environment. Humans and mammals taste and smell are interrelated with smell thought to determine a significant proportion of what people feel.
THE PHYSIOLOGY OF FLAVOR

In deconstructing flavor, we divide foods into four taste groups based on the visual capabilities of our tongue: salty, sour, sweet, and bitter. But the basic elements of flavor are classified differently from culture to culture. Hot is an added taste sensation in China. India adds spicy and astringent. The Japanese term umami, meaning “delicious flavor,” also called savory or succulent, has recently been accepted around the world as a legitimate taste element. At the University of Burgundy, researchers have isolated a taste receptor for fat. Some consider metallic taste, especially after experiencing their tongue on the flag pole or accidentally chewing aluminum foil. There are even those who identify neutral as a taste, as in water. The number of initial feelings is up for some debate, but there are a basic few.

Seasoning adds a complementary flavor to an e-liquids at the end of its preparation. It creates a blend in which both the original flavor and the added flavor are identifiable, as in the addition of black pepper to a green salad.

Most flavorings are products with distinctive tastes, capable of holding their own in an e-liquids. For example, wines, brandy, cognac, and other spirits are often added as flavorings at the end of cooking. Sherry is a traditional American flavoring for sauces. Wine or Brandy is often poured over a dish and framed set a fire at the time of service. This adds some flavor but is done more for the show.

Another flavoring of distinctive taste is the anchovy (ancho-vee); a small salted fish of pungent flavor that is used in subtle quantities. A Caesar dressing for salads has the full force of the anchovy flavor. Anchovies come in cans as fillets or in tubes as a paste.

Capers add a refreshing taste to cold sauces and dressings as well as to many warm sauces. They are flower buds of the caper bush, pickled in salt and vinegar. Grated rind of fresh citrus fruits such as lemon and orange is often added to a sauce or used in baking. Only the colored outer portion, called the zest, is suitable; it contains flavorful oils. The white beneath it is acid and has a bitter taste.

Extracts and oils from aromatic plants are used in small quantities in the pastry shop extracts of vanilla, lemon, and almond oils such as peppermint and wintergreen.

Mouthfeel is the complex set of sensations that you perceive when you eat food, and it is more complicated than simple viscosity. Liquids that have similar “thickness’-in the sense that they give the same reading on a viscometer (such as maple syrup, olive oil, and creamy bisque) -can feel very different on our palates.

That is because our mouths are very sensitive to factors beyond pure viscosity. The human mouth can sense non-Newtonian flows, the stickiness of sugar, the smooth or creamy aspects of fat, and a host of other factors that together produce a distinctive mouthfeel. So a chef ‘s work is more layered and intricate than thickening liquids is one of the key tasks in cooking; as a result, an enormous range of ingredients and methods are used for thickening. The table below summarizes the primary thickeners and approaches employed in traditional cuisines.

It is important to keep the rich heritage of culinary thickening in mind as we consider Modernist methods. Sometimes, the old ways are best. Other times, their shortcomings alert us to a new possibility. 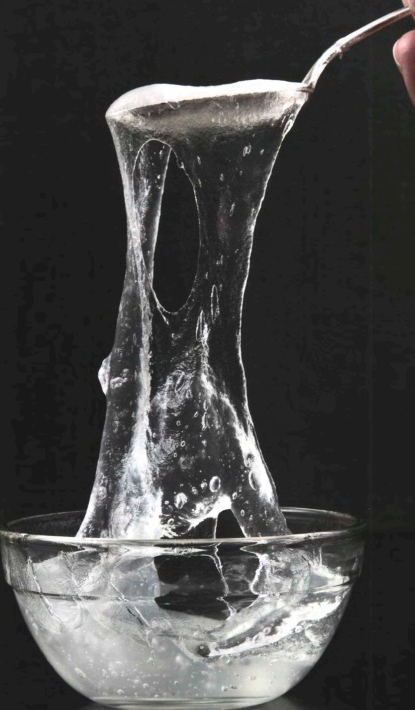 Concentrated Flavors: How to

Making e-liquid thicker or Flavor Concentrates is one of the most basic tasks and also an essential part of making e-liquids.

We thicken liquids for several reasons. Thickening liquids or dressing helps it cling as we raise or vape it to our mouths, a practical benefit that into proves the vaping experience. Imagine the frustration of a water-thin salad dressing or barbecue sauce that runs all before you can eat it. Thickening modifies the mouthfeel and can add body to a beverage or texture to a pudding or custard.

Thickeners extend the longevity of foams and emulsions. For example. We make a vinaigrette dressing that is thickened by an emulsion, but the emulsion is stabilized with the addition of xanthan gum. The applications of thickening in the world of cooking are

Liquids conventional thickener is gelatin, which can thicken a liquid moderately or to the point of making it a solid gel. Seaweed-based thickening agents such as alginate, agar. And carrageenan has been used for centuries in traditional Asian cooking and have been applied in new ways in recent years.

E-liquid science extends the possibilities further still, providing new ingredients that can thicken under conditions that traditional thickeners can’t handle. They can thicken with improved flavor release, with the option to reheat, without weeping, and with many other capabilities. The Modernist flavor has all of the traditional thickeners to work with plus many more new ones.

It’s truly the best age ever in which to thicken a liquid. Water pours more easily than honey, and honey flows much faster than mashed potato- toes. Scientists use the term viscosity to describe the resistance that a fluid poses to shear forces, forces that push in opposite directions along two dis- tinct parallel lines. In practical terms, the viscosity is a measurement of how easily a fluid flows.

Think of the way your morning coffee behaves as you give it a stir. In response to the shear forces exerted by the moving spoon and friction with the cup, the fluid circles the cup with ease in the same direction of your stirring motion; it has a low viscosity. Take a spoon to your pancake batter. On the other hand, you’ve got to work harder to make the batter swirl in its bowl with the same speed; it has a relatively high viscosity.

Traditional cooks use subjective measures of thickness, like the way a sauce coats a spoon. Better accuracy can be attained using a viscometer, as described in Measuring Viscosity. Technically speaking, any fluid has several different types of coherence.’the most useful one for food applications is called absolute viscosity or dynamic viscosity, which is measured in units of centipoise (c) or Pascal seconds (Pa – s), which are just centipoise divided by 1,000).

Water is the ideal reference fluid for viscosity: it has a viscous-temperature on OC /68‘P.  In nearly all liquids, the viscosity is a function of temperature. Except for a few strange cases, higher temperatures result in lower viscosities, meaning that fluids flow more smoothly.

This is one of the things to keep in mind when developing the mouthfeel for e-liquids. Most liquids respond to shear forces in a simple manner: the more force you apply, the quicker they flow. They are called Newtonian fluids because they behave just as Newton’s laws of motion predict they should. Even some very slow-flowing sub- stances are considered Newtonian liquids. Pitch is a liquid that has an extremely high viscosity.

All e-liquid flavors have an option for the blend ratio of PG (Propylene Glycol) and VG (Vegetable Glycerin).

All of their max VG (Vegetable Glycerin) liquids contain the maximum amount of VG but do still contain trace amounts of PG (Propylene Glycol) used as a flavor base. You are left to decide how much and what kind of blend you want, for example, a PG 20%: VG 80% rather than a PG 100% or a VG 100%.

The best thing about the e-liquid flavors is that their bottle size, nicotine strength, and blending ratio are customizable which gives the customers an extra edge over what they wish to buy online. Wonder Flavor offers the largest selection of DIY e-liquid flavors in the vaping industry. Buttercream Pecan Recipe & Banana Butternut Smoothie Recipe are the best Flavor Concentrates in the market.

In fact, many leading companies have come up with their wide array of Flavor Concentrates that can range from desserts to cocktails, or fruits to savory flavors. The flavored concentrates help to retain the quality and the punchy flavor of the fruit that one chooses to use.

lt does not matter whether you are a vaping aficionado or you just want to tweak the e-liquid bottle it orders to get the right taste of the liquid. e-juice concentrates can help you in that. The flavors are extremely important for the vapers as the flavors can assist them in producing huge clouds while enjoying the taste of the flavors.

The wonder flavor e-liquid concentrates are basically flavoring drops that are regarded as a great to sweetener and sugar-filled desserts and beverages that are very high in calories. The concentrates usually do
not contain any kind of nicotine in them. They are needed to be mixed with the diluent or any nicotine solution in order to use them. Most of the flavored concentrates are based on PG. The flavor concentrates can
help to create different e-juice flavors based on the taste of the individual.

Here are two popular examples  from Wonder Flavours flavor concentrates  that will perfectly work for your DIY liquid:

Usually. the flavor concentrates should be mixed with the liquid at 10-20%. But, if you want, you can also mix in more amounts depending on the preference. Although, mixing too much of this concentrate can lead to an unpleasant vaping experience. As the flavored concentrates are DIY liquids. the

As the flavored concentrates are DIY liquids. the ratio of the PG/VG should be chosen in the way it suits an individual. While most of the DIY e-quuid manufacturers may provide only VG based liquid that is suitable for controlled vaping.

But before you start to use your DlY e-liquid you should not forget to steep it. By aging the e-juice you can enjoy the flavors of the juice in a much better way

For further information on how to mix DIY e-liquids for e-cigarettes, see the complete guide here.

How to Improve Your E-Juice Flavors by Steeping