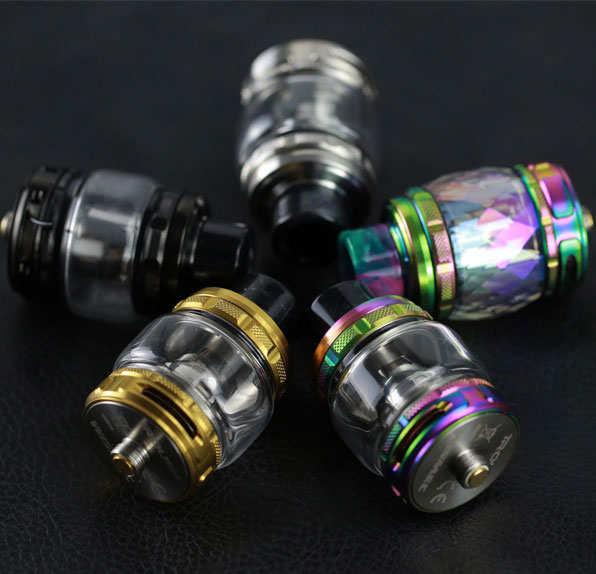 The Trough tank is the latest powerful tank from Wismec. The Santa Ana, California-based company is known for making exceptional vaping devices.

The Wismec Trough tank weighs 61.5 grams. The crystal version weighs 65 grams. This sub ohm tank has two airflow slots at its base to allow more airflow in and give you a flavorful vaping experience.

There are three different versions of the Wismec tank and they can hold – 6.5mL, 5mL or 2mL.

The filling port of the Wismec Trough tank has a silicone cover to prevent leakages. To fill the tank, slide the top cap to one side, and then push the tip of your e-juice bottle into the filling port.

The Wismec Trough will give you the purest flavor and huge clouds. There are three mesh coils

The Wismec Trough coil contains a wicking material that is made up of 70 percent organic cotton and 30 percent wood pulp. This wick has micro porous pores which give you better flavor.

You can purchase the Wismec Trough tank for as low as $30.92 to $39.10 at the Wismec official online store. You can buy this tank alone or you can get it with the Wismec Reuleaux Tinker 2 kit.